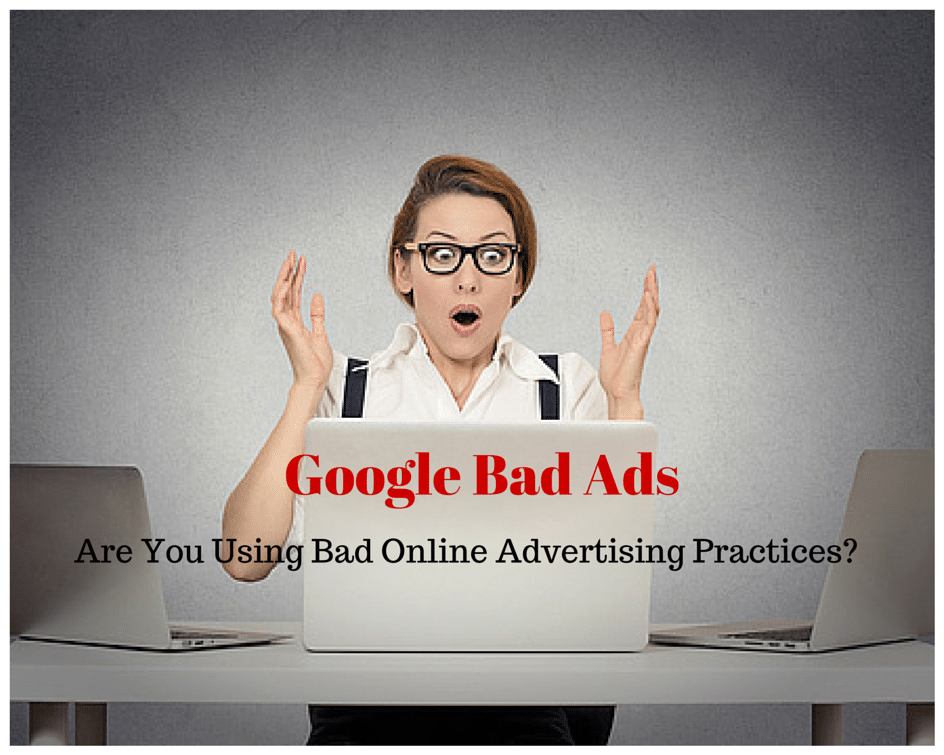 If you’ve dabbled in the world of online advertising for any period of time, it won’t come as a surprise to you that dishonest people try to game the system. People (and unfortunately, even established online advertising businesses) use unethical practices to get ahead of the competition. This is true in forms of both organic search engine optimization and paid online advertising, such as Google Adwords.

In the world of search engine optimization, dishonest practice is referred to as blackhat SEO. This occurs when people use techniques that are unapproved by Google to get the top spot in the search engines. In the past, this involved keyword stuffing and link farming—but these techniques became ineffective quite some time ago thanks to Google’s Panda and Penguin algorithm updates.

On the other side of the coin, there are also bad online advertising practices in the world of paid advertising. Even under the watchful eye of Google, paid users are able to slip under the radar and misuse of Google ads for harmful or deceitful purposes.

The Breaking Point of Bad Ads With Google’s Online Advertising

In 2012, Google released an update explaining the issues behind bad advertising practices and steps they planned to take to correct the problems. Google attempts to uphold rigorous standards to keep Google Adwords the best of quality. They also want to provide the best user experience possible for potential customers clicking on ads.

However, Google found itself in a bind when ads would lead to sources that included malware or any other type of harmful computer virus. Furthermore, there were attempts to sell counterfeit items and even link to underground international operations.

While these are extreme examples of bad online advertising practices with Google Adwords, there are other issues that have cropped up more recently.

The Rise of Weight Loss Scams on Google Adwords

As of 2014, Google also began cracking down on attempts to scam users—specifically weight loss scams. A wave of businesses selling weight loss supplements hit the Google Adwords market, making dubious claims of extreme weight loss that were next to impossible to achieve.

Over the course of 2013-2014, 2.5 billion weight loss scam ads were collectively removed from Yahoo, Google, and AOL.

What Are The Best Online Advertising Practices For Google Adwords?

It’s no secret that Google is an advocate for positive user experience. In order to get the most out of your pay-per-click campaign, you should concentrate on the best user experience possible while simultaneously collecting data or selling products.

These are a few of the best online advertising practices for Google Adwords in 2016:

How is Your Pay-Per-Click Campaign Performing Online?

Bigfoot media specializes in helping businesses maximize their experience in Google Adwords. If you need direction on how to set up your Google Adwords account or optimize for your most profitable keywords, get in touch with us today.